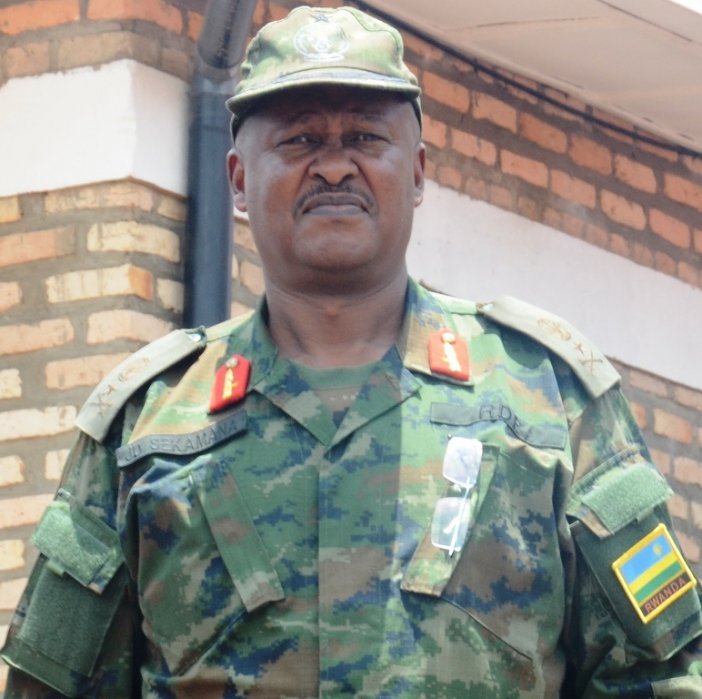 According to Article 82 of RDF Special Statute, General Officers may retire at the age of 55, an age limit which may be extended for not more than 5 years in the interest of service in RDF.

“RDF would like to inform the general public that the request for retirement by Brig Gen Jean Damascene Sekamana has been granted by the Commander in Chief of RDF and President of Rwanda in his capacity as the retiring authority for General Officers,” reads RDF statement.

He served in different capacities that include G2 Gendarmerie ; Commanding officer, Brigade Commander and Acting Division Commander. He also served as the Deputy Chief of Staff in charge of operations in the United Nations Mission in South Sudan.

Prior to his retirement, he was working as Coordinator of Production in RDF Reserve Force.